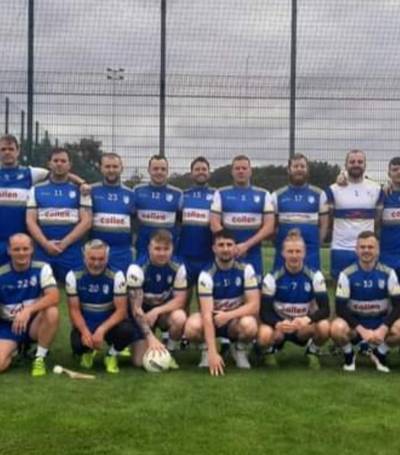 Collen Aktiebolag was delighted to sponsor the first ever Gävle GAA Nordic Games. The tournament took place on Saturday October 23rd in the historic Strömvallen Stadium and was a fun family day out where attendees could immerse themselves in Irish culture and watch traditional Irish games.

Before the big tournament on Saturday, a raffle was held during a ‘’Night with the All Stars’’ on Friday October 22nd, where Collen Aktiebolag welcomed some well-known Irish sports stars along with Des Cahill, Irish Sports Presenter, as the host of the night. The raffle was held in support of local charities including Kevin Bell Repatriation Trust, The Salvation Army and Kvinnojouren Blaklockan Gävle Women’s Refuge.